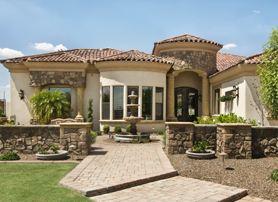 We offer a full range of property management and leasing services to you as an investor, homeowner, or landlord. You can have peace of mind knowing your property is leased for the HIGHEST RENT, to the BEST TENANT, with the LEAST INCONVENIENCE to you. We have assisted landlords in the St Petersburg area since 1928 – we offer stability in the marketplace!

Explore What We Do

As your St Petersburg Property Manager

We find the BEST TENANT by marketing your home using the MOST COMPREHENSIVE and HIGHEST QUALITY Marketing Plan which includes:

We have a Tenant Package that includes Application, Sample Lease and Affirmation Form, and Resident Selection Criteria, which is a 14-item checklist for the qualifying and requirements of the tenant(s.)

We do a background check on the Prospective Tenant(s) that includes:

We then make the written offer to the tenant, and if the tenant wants to stay and renew, we set up an appointment to inspect the property. An on-site inspection of the interior and exterior with photographs is done by our property manager. This is not a check off the item in a box report - this is a typed Narrative Inspection Report with descriptions and the photos.

This will depend on the tenants’ timely payment of the rent. Your statement can be sent either to online web site portal, emailed, or US postal mailed. We offer DIRECT DEPOSIT if you want the distribution funds to be sent via ACH to your bank checking account. We also provide a year-end summary statement of income and expenses for your taxes.

We use a Legal Lease Agreement, and important Addendums, prepared through a leading attorney specializing in Florida Landlord-Tenant Law. This is a “fully completed Lease” – not a fill in the blank form.

This Legal Lease Agreement can help reduce your risk and increase your success by having many Tenant and Landlord issues spelled out or addressed in the paragraphs of the Lease.

St. Petersburg is a city in Pinellas County, Florida, United States. As of the 2015 census estimate, the population was 257,083, making it the fifth-most populous city in Florida and the largest in the state that is not a county seat (the city of Clearwater is the seat of Pinellas County).

For over 100 years, on Florida’s West Coast in the Tampa Bay Area, St. Petersburg has long been known as the “Sunshine City” and is world famous for our beautiful beaches and warm tropical climate – a perfect vacation destination. It has more recently been called “The Gulf Front Jewel on Tampa Bay.” Although it has long been and remains a favorite place to visit and to retire, the St. Petersburg Area with its’ adjacent Gulf Beach communities is now younger with an average age of just 41 and more vibrant than most Florida cities. It has dynamically evolved into a diverse community that welcomes everyone to “the ‘Burg Life.”

“Creative, hip and cool. In addition to its international reputation for year-round sunshine, a beautiful waterfront and an abundance of outdoor recreation, St. Petersburg is experiencing tremendous growth and energy in nearly every sector of the city. This is definitely not your grandfather’s laid-back St. Petersburg from the last century. St. Petersburg is on the move. An unstoppable buzz has been spreading and for good reason. A forward thinking metropolitan area, St. Petersburg is home to a flourishing arts culture, and food, craft beer and technology are blowing up here. This is a city that welcomes diversity, embraces entrepreneurial spirit and nurtures the interests of citizens and visitors alike. All of this adds up to a very desirable quality of life.”

“St. Petersburg has all the right ingredients for a great quality of life: arts, entertainment, dining, recreation, diverse neighborhoods, good schools and a thriving business culture. Living in the ‘Burg can rival the best cities in the country but there’s a friendly hometown vibe that makes it easy to feel comfortable and connected.”

“St. Petersburg is a city of distinct neighborhoods with strong civic associations and community pride – not the stereotype of anonymous Florida subdivisions. There is also a surprising amount of diversity, from the unique architectural style homes, to price points and neighborhood feel.”

Chris Steinocher, President & CEO of the St. Petersburg Chamber of Commerce noted, “Most conversations about St. Petersburg usually start or end with ‘I love this city.’ It’s that kind of love affair we’re hoping you want to have with your next home town.” For further details about living, working and playing in the St. Petersburg Area, it’s Gulf Beaches and Neighborhoods, click here to see the complete relocation guide, ‘Burg Life.